It boggles my mind that companies are still sponsoring shark hunting.
Last month, a major automobile company in the US offered a new luxury pickup truck to the person who could catch a record-sized shark in the North Atlantic Monster Shark Tournament.

What were they thinking? 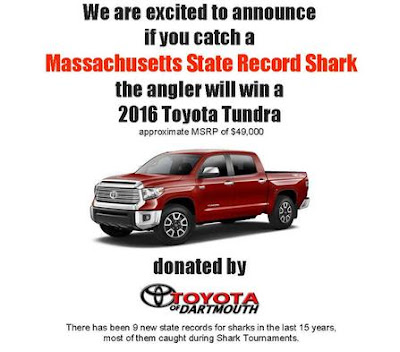 All three sharks targeted in the competition – mako, thresher, and porbeagle – are listed as Vulnerable to extinction according to the IUCN Red List, with some populations being classified as Critically Endangered.
As soon as I heard about it, I wrote to the CEO of Toyota in America. Nothing disgusts me more than the idea of killing a threatened species, but my letter had to be measured and balanced. I stuck to the facts, and ended with a promise: if they didn’t do something about this, and quickly, I would bring to bear every bit of influence I had to stop it going ahead.
Within four hours Toyota had pulled out of the competition. The company was massively praised on social media for doing the right thing.
As I’d suspected, the sponsorship had been dreamed up by a local franchise, without passing it by head office. As a Toyota spokesperson told me in an email, “Some things defy common sense.”
The point is, as soon as they found out about it, the company moved swiftly to stop it. 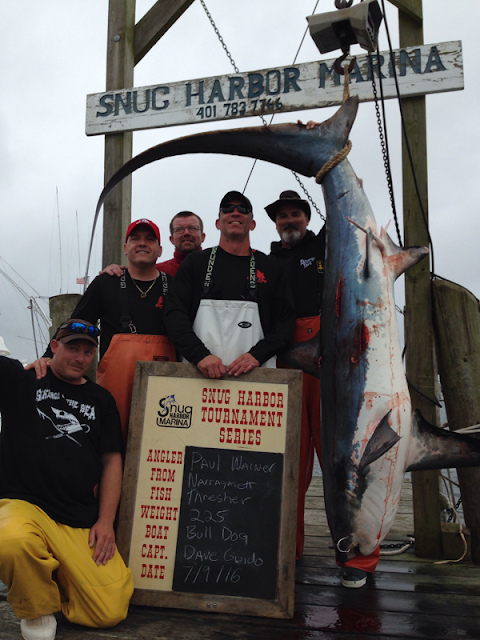 The information age has brought us many things – emails, Facebook, Twitter and much more. You can now contact a company’s CEO and tell them what you think, directly and instantly.
The pendulum has swung in favour of those who want to create change.
We interact with branded goods and services every single day. In many ways we have a closer relationship with companies than we do with those who represent us in our local or national governments. And in the same way that we make our wishes known to governments, we can use our voices and our purchasing power to hold companies to account.
They’re much quicker to respond than governments, too. Persuading governments to change can be maddeningly slow – just look at the recent COP21 Paris Climate Change Agreement. It took 21 years for the nations of the world to agree to a deal. Compare that to the four hours it took Toyota to shift gears and fix the problem. Agreed, they were very different issues. But you get the point.
Many thousands of sharks will be grateful for Toyota’s action. Over 100 million sharks are slaughtered in our seas each year. Mull over that figure for a moment. That’s more than 270,000 per day. It’s completely unsustainable and, left unchecked, will result in the collapse of our oceans.
Amazingly, the misguided Toyota competition was not an isolated incident. Corporate sponsored shark hunts are going on at an alarming rate – today I received word from the Guardian that 37 large and multinational companies sponsor shark hunting events, many of them on the US east coast. As soon as I receive confirmation of the details, I’ll be contacting their CEOs to let them know that we’re on their tracks. And I can assure you that I will be on their backs.
So my message to those countries that still permit these competitions is: stop them. You would not accept tiger-shooting contests. What is the difference? And my message to anglers who kill these threatened species is: the tide has turned. Don’t pretend you are involved in some sort of sport. You are not. You’re simply destroying your children’s future.
And my clear message to the media is: stop glorifying these kinds of events. Stop demonizing sharks through twisted words and images. The words ‘monster’ and ‘shark’ should never be used in the same sentence – it’s taken us years to get over the damage Jaws did to the reputation of sharks, and clearly we still have a long way to go. 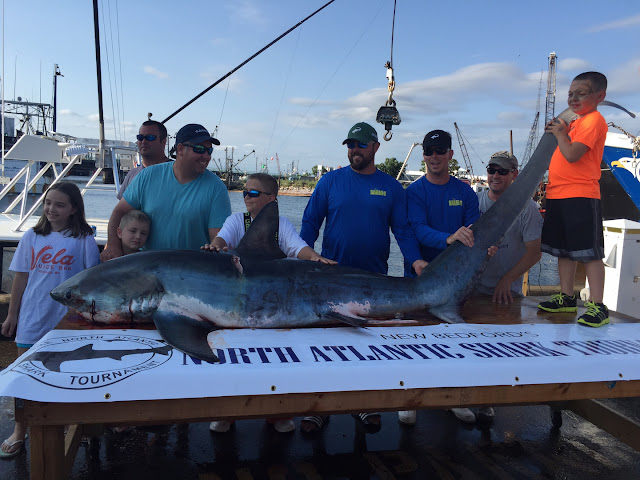 Last but not least, my message to you is: we mustn’t be frightened of big companies. In fact, the bigger they are, the bigger the reputation they have to protect. Change through business is the quickest change we can bring about. And the power to make those changes rests with all of us.
Lewis Pugh is an endurance swimmer and the United Nations Patron of the Oceans. You can follow Lewis on Twitter @LewisPugh and Facebook.