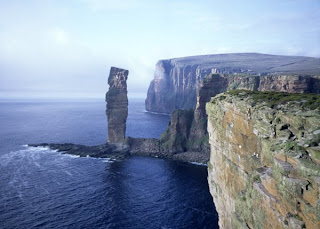 
Nothing in recent times has come close to illustrating the problem of overfishing in UK waters quite so eloquently as this story about a sea angling competition recently held off the coast of Orkney, Scotland.

More than 150 international anglers spent five days competing in the European Sea Angling Championships, and only one haddock was landed.


In the 1970's and early 80's the waters around Orkney teemed with fish. On one trip to the Black Craig, a stone's throw from Stromness harbour, we caught plenty of haddock, cod, coalfish, pollock, mackerel and plaice, all in the space of about two hours. Now that same spot is devoid of fish.


Commercial fishermen knew where the fish were and systematically cleaned out each well-known spot with a couple of trawls, leaving the sea anglers with nothing.


If ever there was a case for marine reserves, it is in this story. We have allowed many of our coastal seas to become deserts, and for that we should collectively hang our heads in shame.